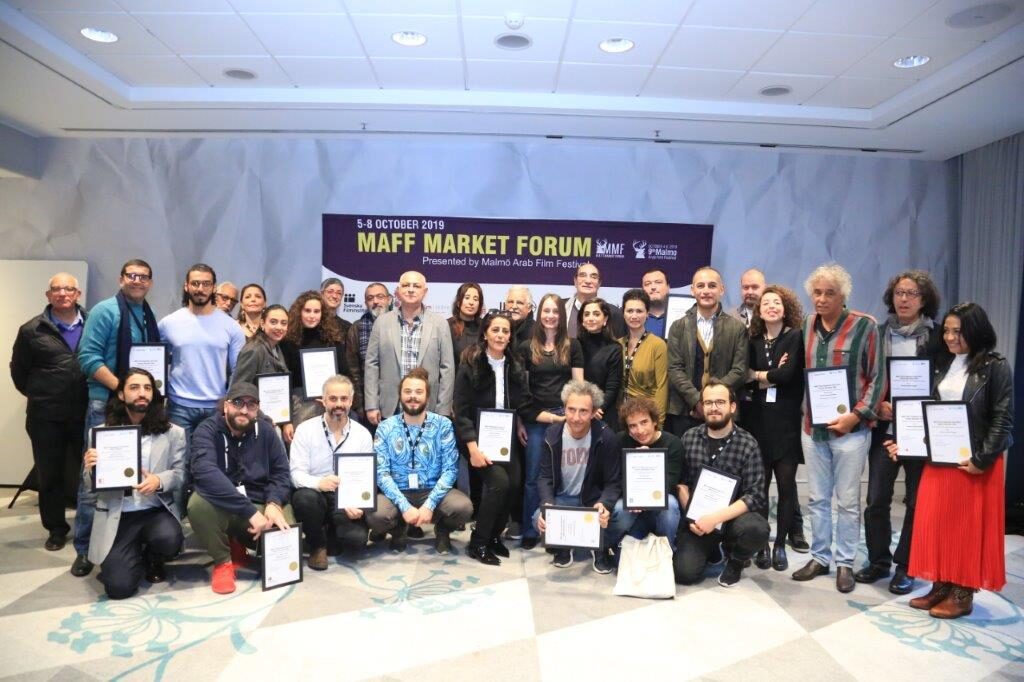 For the sixth year in a row, Malmo Arab Film Festival in cooperation with Swedish Film Institute will continue the initiative MAFF development funding for feature and documentary films

The sixth edition of MAFF Market Forum “MMF” will tack place from October 9 to October 11, 2020

Malmo Arab Film Festival and the Swedish Film Institute will announce in August 2020 the selected projects as following:

If you wish to have your film considered for MMF 2020, please read carefully and accept the ELIGIBILITY AND CONDITIONS* before submitting your film.

Two representatives from each selected feature film project, as well as one representative from each documentary film project, will be invited to the Malmo Arab Film Festival 2020 to participate in MAFF Market Forum, October 9 – 11. During these days, the participants will be able to take part in pitching sessions and one-to-one meetings with the committee for MAFF Development Funding. The representatives will also have the opportunity to meet future co-producers from the Nordic region and the Arab world, as well as key individuals for film funds and institutions from all over the world.

The name of the projects selected to receive the support will be announced during the closing ceremony of MAFF Market Forum on October 11, 2020

“We look forward to continued cooperation and ever deeper ties between Sweden and the Arab speaking world, and we hope that we will witness new success stories like the Tunisian-Swedish co-production Beauty and the Dogs, which participated in the Un certain regard category at Cannes 2017” says Magdalena Jangard, Head of production support at the Swedish Film Institute.

“We are proud to continue our cooperation with the Swedish Film Institute. Thanks to their support, a good number of films have been co-produced between Sweden and the Arab world” says Mohamad Keblawi, Founder and Head of Malmo Arab Film Festival and Industry in MAFF