Mohammad is a crane operator working in Beirut. One morning he volunteers to take on one of the tallest and notoriously most dangerous cranes in Lebanon. Away from everyone’s eyes, he is able to live out his secret passion and find freedom. 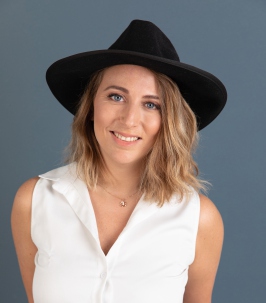 Dania Bdeir is a Lebanese award-winning writer & director. She’s a member of the Brooklyn Filmmakers Collective, has a BA in Graphic Design from the American University of Beirut and an MFA in directing from NYU’s Tisch School of the Arts where she received a full scholarship in her third year. In 2019, Dania was selected as a Berlinale Talent and participated in its Short Film Station with Warsha,a co-production between Inter Spinas Films (France), GoGoGo Films (France) and Né à Beyrouth Films (Lebanon). Dania is currently based in Dubai and is developing her first feature film Pigeon Wars which was selected for the 2018-2019 Torino Film Lab x DFI Hezaya Screenwriting lab, the 2021 Cine Qua Non Storylines lab and the 2021 Nostos Screenwriting Retreat.