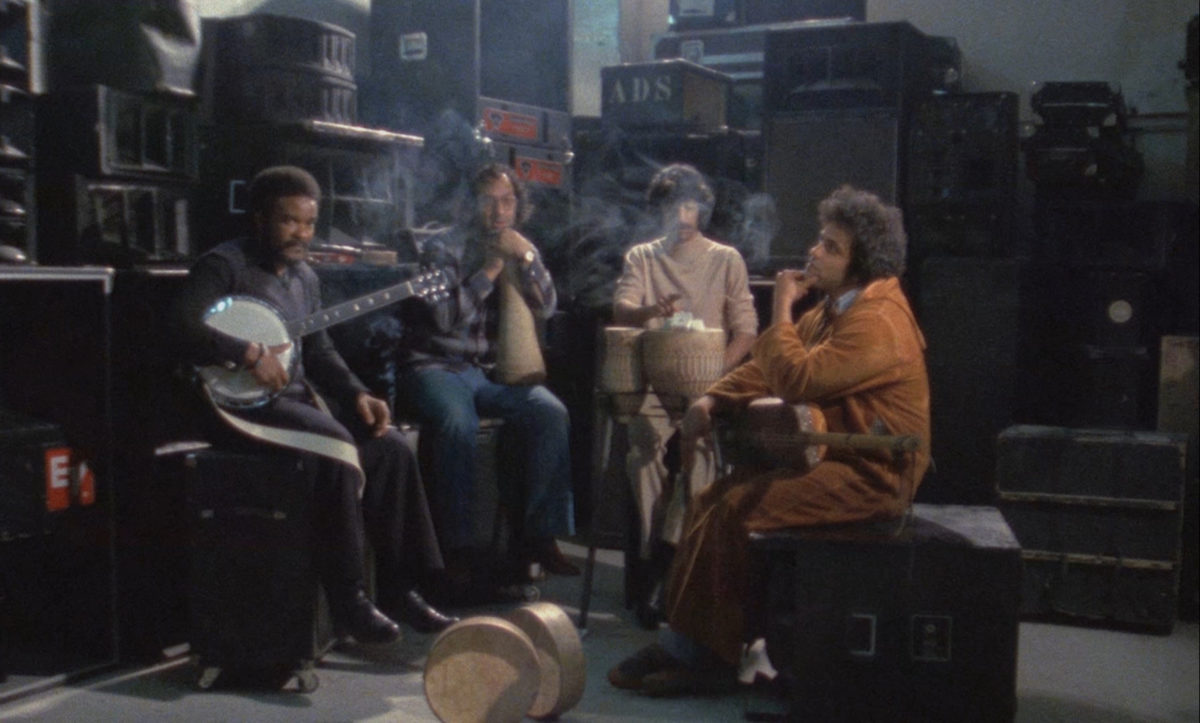 Documentary about the influential Moroccan folk music group Nass El Ghiwane. In the film we meet them in long, mesmerizing concert scenes, during rehearsals and in interviews and conversations about their music. The film is restored by Cineteca di Bologna/L’Immagine Ritrovata laboratory.

Ahmed El Maanouni is a screenwriter and director born in Casablanca. His films include one of the most emblematic title of Moroccan cinema Alyam Alyam, first Moroccan film to be selected in Cannes Film Festival.

In collaboration with Cinemateket.