Malmo Arab Film Festival (MAFF) continues its 11th edition, which is being held between April 6th and 11th, with a hybrid of physical and virtual activities. The third day of the festival, Thursday 8 April, witnessed the continuation of screenings, discussions and activities dedicated to the industry. 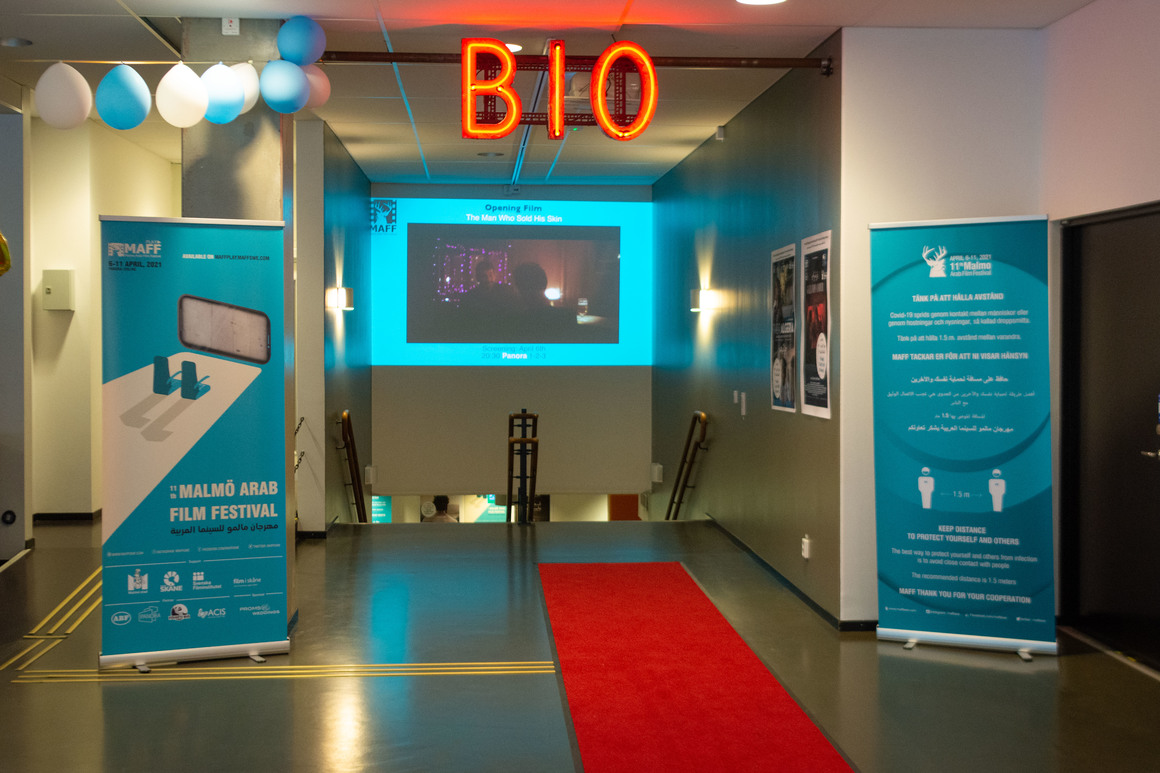 In Malmö Industry Days (MID), the makers of the projects competing for the grants program, whose total prizes exceeded $ 115,000, concluded pitching their projects to the jury and participating entities, by presenting short film projects in the development stage and films in the post-production stages, while continuing introductory sessions with experts and participating institutions.

In addition, a webinar was held under the title ” Portrayal of women and gender roles in films – How Does it Reflect on Society?”, in which a group of Arab film industry professionals participated, namely the director Mai Masri, the producer Linda Mutawi, the academic and the director Viola Shafik and the marketing director, Perihan Abouzeid. The webinar was moderated by Charlotta Sparre, Director of the Swedish Dialogue Institute for the Middle East and North Africa and former Swedish ambassador to Cairo.

As for the films program, the Lebanese film “Under the Concrete” by Roy Arida was screened within the official competition, the female centred film “Chronicles of Her” directed by Taghrid Abouelhassan, Maysoon Khaled, Rim Mejdi, Emna Najjar and Farah Shaer, in addition to the second group of the short film competition, and a special program of Egyptian short films, organized by the Arab Cinema in Sweden (ACIS) in cooperation with Red Star Films. Most of the screening coincided with Q&A sessions with filmmakers broadcasted via Zoom and Facebook Live, and made available for later viewing on the festival’s MAFF Play platform.

The fourth day, Friday 9 April, will witness the screening of four films from the feature-length official competition: “Gaza Mon Amour” by the Palestinian brothers Arab and Tarzan Nasser, “Autumn of Apple Trees” by Moroccan Mohamed Mouftakir, “The Dilemma” by Tunisian Ghazi Zaghbani, and “Their Algeria” by Algerian Lina Soualem. In addition to the Saudi film “40 Years and One Night”, directed by Mohammed Alholayyil, in the “Arabian Nights” section.

Malmö Industry Days program includes four main sessions, the first of which is a panel discussion entitled “Global Sustainable Production Landscape”, the second is a case study of “The Man Who Sold His Skin” as a model for Swedish Arab co-production, and the third is a webinar about the experience of ” Chronicles of Her”, which was directed by five Arab female filmmakers. The day ends with a Master class presented by Egyptian screenwriter Tamer Habib.