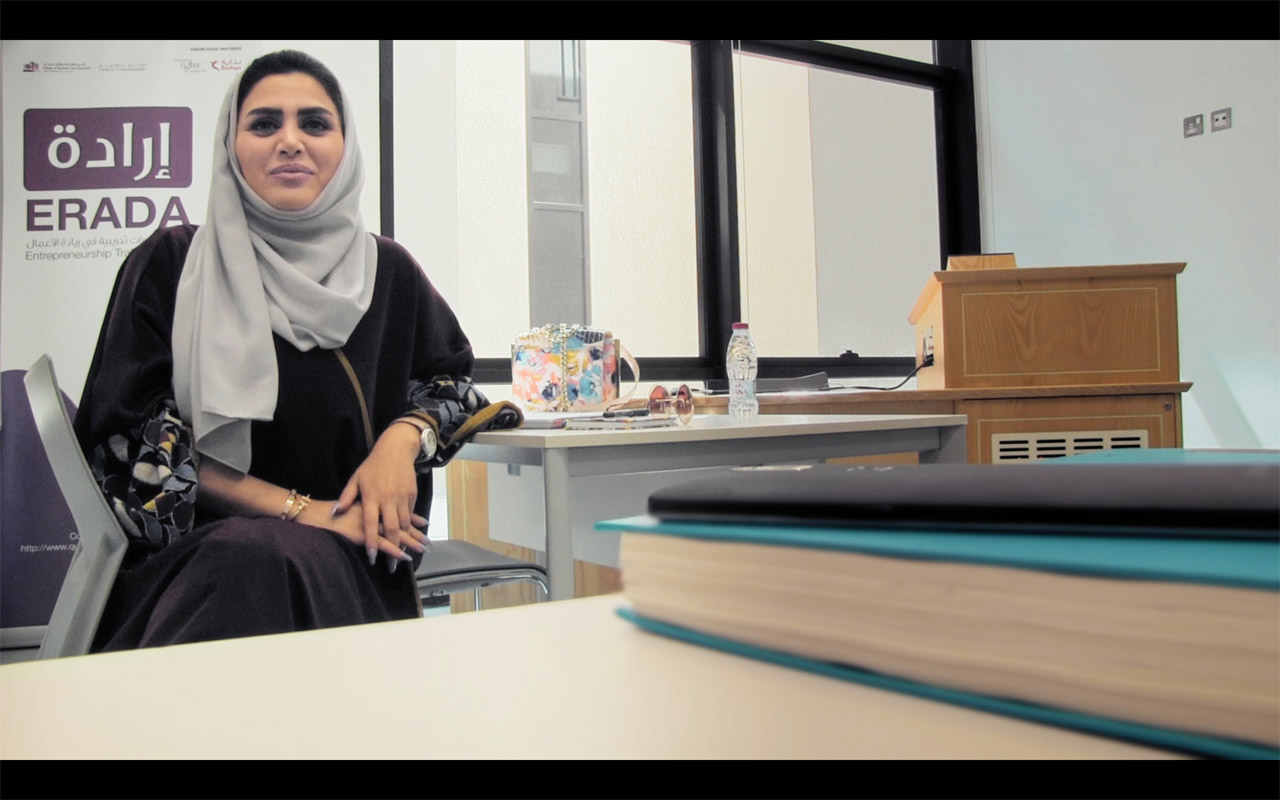 Nora is making a film for the first time. As she tries to learn how to handle her new camera, she starts to film her friends, asking them about their notebooks. As Nora begins to ask increasingly personal details of her friends, the film becomes more complex. This diarist film explores the limits of personal boundaries and the complicated dynamics of inner lives.

Aspiring writer and director Amna Ali graduated from Qatar University in 2013 with a degree in English Literature and Linguistic. She is currently working as a Development Assistant vid Doha Film Institute.