THE NATIONAL CENTER OF CINEMA AND IMAGE

CNCI; The National Center of Cinema and Image was created in 2011. CNCI covers many initiatives and among Its activities are: The Tunisian Cinematheque 3 cinema theatres The Creative Digital Lab (CDL): a space for development and incubation of ecosystem operators.
The CNCI has upgraded the festival’s organization and has created the Tunisian cinematheque within the center while safeguarding, restoring and digitizing of the national film archive through a partnership with the national library.
At the international level, the CNCI has created and implemented the Franco-Tunisian co-production funds for cinematographic works over a period of three years starting from 2017 and is in the process of creating co-production funds for Tunisian-Algerian and Tunisian-Moroccan cinematographic works alongside the co-development funds for Tunisian-Italian cinematographic works.
The CNCI has signed several framework agreements with counterparts or with other institutions working in the field of cinema and creative digital industries such as CNC, CADC, Royal Film Institute, INCAA, DGC Dubai, ACC, etc.
The CNCI sponsors cultural factories heightening the influence of Tunisian cinema and the digital creative industry, two actions are underway, namely: Tunisia factory 2018 in partnership with LA QUINZAINE DES REALISATURS at the Cannes Film Festival and Tunisia Games factory.
The CNCI supports the promotion of Tunisian cinema in international festivals and the cultural exchange with foreign cultural and diplomatic institutions resident in Tunisia in the cinematographic field.
The CNCI plans to create the Union of Arab Cinematographic Centers and to establish the Tunisian office of the Creative Europe program.
CNCI editions: “50 years of Tunisian Cinema”, a collective work under the direction of Mr Hedi Khelil “Guide of Tunisian feature films from
1956 to 2016” National Center for Cinema and Image (C.N.C.I 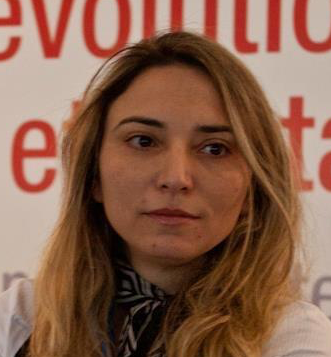 Born in 1974 in Sousse, Chiraz Latiri is a lecturer in computer science at the Superior Institute of Multimedia Arts of Manouba (ISAMM). Director of the ISAMM from 2006 to 2011, she became the Director of the Tunisian National Cinema and Image Center (CNCI) in spring 2017.
She wants to register the CNCI as a major player in the cultural and creative industries in Tunisia and seeks to bring the cinema sector closer to the technology sector of artistic engineering and video games. Upon her arrival at the head of the establishment, she managed to double the budget while the Franco-Tunisian cooperation has registered a sharp acceleration since her appointment and the exchanges with the CNC have become permanent.