The Man Who Sold His Skin

Malmo Arab Film Festival (MAFF) announced the selection of the film “The Man Who Sold His Skin” by Tunisian director Kaouther Ben Hania as the opening film for the festival’s eleventh edition, which will take place from April 6th to 11th.

The film is a Tunisian, French, Belgian, Swedish, German, and Saudi co-production, written and directed by Kaouther Ben Hania, produced by Nadim Cheikhrouha, Habib Attia, Thanassis Karathano, Martin Hampel, and Andreas Rocksen. Starring Yahya Mahayni, Dea Liane, Koen De Bouw, in addition to the special participation of the Italian star Monica Bellucci, in her first appearance in Arab cinema. The film was announced among the shortlist of candidates for the Oscars, best international film category.

“The Man Who Sold His Skin” follows the story of Sam, a young Syrian who agrees to an offer from an international artist to transform his body into a canvas on which the artist draws a tattoo piece of art. Sam, who took the decision in order to be able to join his love in Europe, never expected that it would change his life forever.

The opening screening and all festival screenings will take place in a hybrid format, in which films will be screened simultaneously both virtually on “MAFF Play” platform, and physically in Panora cinema, with the maximum number of audience allowed by the Swedish health authorities. The screening is preceded by an official opening ceremony that will take place in the municipality of Malmö (Råd huset) without the presence of any audience, and it will be broadcasted through MAFF Play platform for the invitees and the festival audience. 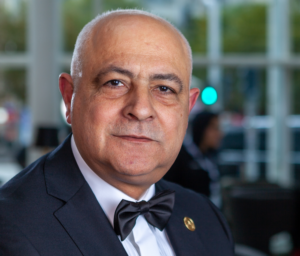 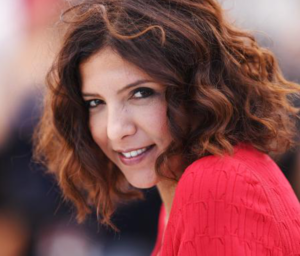 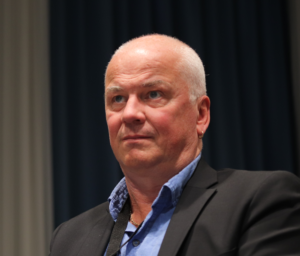 The founder and director of the festival, Mohamed Keblawi, spoke about choosing the opening film, saying: “Besides its subject which is closely related to the cultural goals that MAFF has committed to since its beginning, the film is a direct expression of the festival’s continued success in establishing sustainable production collaborations between Arab and Nordic countries. For the second time, Swedish Film Institute and Laika Films contribute to the production of Kaouther Ben Hania’s films, after her critically acclaimed film The Beauty and The Dogs. A collaboration that reflects the increasing interest that the Swedish production bodies have become attaching to Arab cinema, which Malmö Arab Film Festival was one of the first seekers to achieve”.

Director Kaouther Ben Hania expressed her happiness to participate in the festival and said: “I am happy to know that my film will open Malmö Arab Film Festival. The film is a Swedish co-production and after winning the best script award in Stockholm Film Festival we are proud to go back home to share it with the Swedish audience in Malmo”.

The Swedish co-producer Andreas Rocksen talked about the role of MAFF in the partnership between his company, Laika Films, and director Ben Hania, saying: “Our journey with Kaouther began five years ago at MAFF. She took us to Cannes’ red carpet with Beauty and The Dogs, then came The Man Who Sold His Skin to take us to Venice and made us eagerly anticipate the big Oscars race. Through Malmö Arab Film Festival and its market, Laika Films had the opportunity to meet and collaborate with many skilled Arab filmmakers and we are very proud of the results of this cooperation”.

The world premiere of “The Man Who Sold His Skin” was held at Venice International Film Festival when the film’s main actor, Yahya Mahaini, won the best actor award in “Horizons” section. The film later participated in a number of international festivals and won several awards, including the best Arab film award from El Gouna Film Festival and Best Screenplay Award from Stockholm Film Festival.