Amel works in a factory in Tunis. She lives with her alcoholic husband Tahar, a former local football player, and their only son Moumen, a talented teenage football goalkeeper. To convince the boss of the factory to provide her with connections for her son, Amel betrays her fellow workers, who have been organizing a strike. Amel meets the connection: Imed, a wealthy businessman, who takes advantage of the situation and abuses Amel. She surrenders to his advances in order to offer her son the opportunity of a lifetime. But the police catch them. Amel is imprisoned, accused of adultery and prostitution. Moumen is destroyed by the scandal. He becomes violent, stops his football career and starts drinking and taking drugs. After her release, she searches for Moumen in the lower and violent streets of Tunis.nIn this long quest for the missing son, Amel has to face the falling Tunisian society. 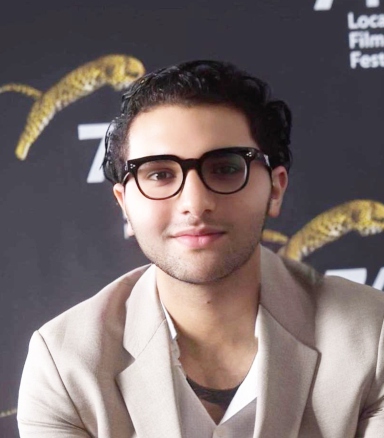 Mehdi Hmili is a Tunisian director, screenwriter and producer. He studied cinema in Paris. He directed three short films in France about love and exile, X-Moment, Li-La and The Nuit of Badr. In 2016 he released his first feature film Thala Mon Amour, a love story that takes place during the Tunisian revolution. He co-founded Yol Film House with Moufida Fedhila in Tunis and produced several award-winning fiction films and documentaries in several international festivals. In 2019 he participated in La Fabrique of Cinémas du Monde at Cannes Film Festival with the feature documentary Fouledh. His second feature film Streams was selected in ofcial competition and world premiere at the 74th Locarno Film Festival and won the Best Acting Performance at the 43rd Cairo International Film Festival. Mehdi Hmili is part of the new wave of young Tunisian filmmakers and he is a major figure in the current Tunisian cinematographic landscape. His production company “Yol Film House” plays an active role in supporting Tunisian talent and its productions have strong potential for co-production and international distribution. Mehdi Hmili is a Torino Film Lab Alumni. He lives and works between Tunis and Paris.