A Palestinian family hosts a young American tourist after a simple misunderstanding. But as chaos unfolds in their village, it doesn’t take too long for them to become part of the absurd mayhem that immediately ensues. 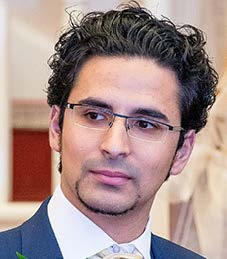 Palestinian writer-director Said Zagha completed his undergraduate education at Ohio’s Kenyon College in 2011. His second short film, “Lovesick in the West Bank” will premiere in 2021, following his 2016 dramedy “Five Boys and a Wheel” which premiered at the Dubai International Film Festival in 2016 and went on to play at 40+ fests worldwide, winning three awards in Mexico, Oman, and Algeria. It is distributed by MAD Solutions and is currently streaming on OSN. He is currently developing his first feature film, “Weedestine” a heist thriller set in the West Bank, which has already been selected at several labs and received a production grant from the Royal Film Commission of Jordan. He is also a Berlinale Talents alumnus (2020).