Khalid, a wannabe vlogger, travels with his wife and best friend from Saudi Arabia all the way to Southern California, hoping to catch some great footage of paranormal happenings. When his wish comes true, will the three of them have the presence of mind to turn the cameras off and flee? Director Maan B plays Khalid himself and narrates the story, creating an atmosphere of suspense from the moment they set off
into the unknown. 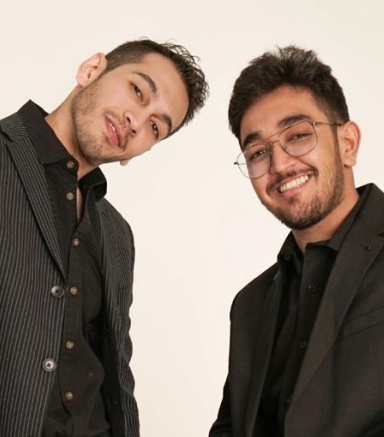 Maan B. is an active young Saudi Producer, Director and Actor who came to the US from Riyadh, Saudi Arabia in 2010 pursuing a college degree in filmmaking. In 2016 he got his bachelor’s degree in filmmaking from the New York Film Academy in Hollywood. In 2014 Maan and his brother Talha were established the Prince of Arabia Entertainment LLC (POA). He has continuously been producing, line producing and/or managing productions that range from short films and commercials to web series and music videos and soon, feature films. In 2020 Maan and his brother Yaser B. Co-Directed their first Saudi feature film entitled “Junoon” The movie was shot in Los Angeles and Jeddah and it will have its world premiere at The Red Sea International Film Festival 2021.