During his boring day job, a distressed Karim and his co-workers are facing a formal committee that are giving a random drug analysis to all employees in the building. Will they pass the test? these people are coming for your blood. If you tested positive, you will be guilty, outcast, and fired from work. The company of Dionysos is undoubtedly enjoyable and charming, but it is also painful, cruel, and insane without limits. It doesn’t matter if you used to be a king in old days, you are Not a king anymore. 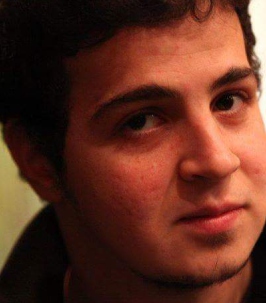 Graduated From High Cinema Institute in Egypt 2020. As a director I have three short films (Expiry date 2015 which won 7 awards from 48 hours film festival 2015, An appointment with death2018 , Inside Happy Faces 2021 which won the best film award from Shnit film festival 2021) As a first assistant director I have made (I am Afraid to forget your face 2020 dir. / Sameh Alaa which won a prestigious palm d”Or in Cannes 2020 , also Fifteen by Sameh Alaa, Red velvet, Al Sada) Also I was an assistant for films (The Originals 2017 By Marwan Hamed ,Torab Al Mas 2018 by Marwan Hamed, Kalb baldy 2016 By Moataz al tony , Kira w Al Gen 2022 By Marwan Hamed) I have made a large number of commercials (Pepsi, Vodaphone, shipcy, Zed park, orange, estalat, galaxy)