ERASED,___ ASCENT OF THE INVISIBLE

Thirty-five years ago, I witnessed the kidnapping of a man I know. He has disappeared since.Ten years ago, I caught a glimpse of his face while walking in the street, but I wasn’t sure it was him.Parts of his face were torn off, but his features had remained unchanged since the incident.Yet something was different, as if he wasn’t the same man. 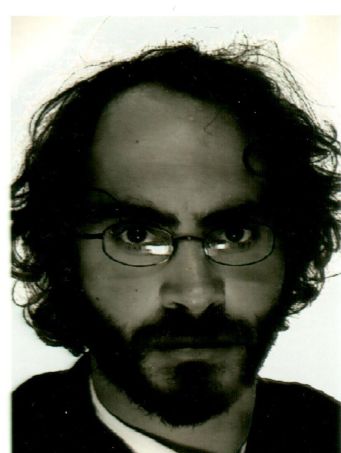 Ghassan Halwani lives and works in Beirut. After the short-animated film Jibraltar (2005), he was mainly involved in collaborations with
Lebanese and Arab filmmakers, playwrights, contemporary artists, publishers, and musicians. Among his contributions: a short animation film closing the feature documentary Lebanese Rocket Society by Khalil Joreige and Joanna Hadjithomas, a long contribution on several plays and installations with Lebanese Playwright and artist Rabih Mroué, Animated music video Takhabot with Palestinian Musician Tamer Abu Ghazaleh. Erase, Ascent of the Invisible is his second film and first feature. Besides his artistic engagement, his work focuses on the public and political spheres. He is currently contributing to the creation of a national archive dedicated to enforced disappearances in Lebanon. In parallel, he is collaborating on research towards a film about the National Master Plan for the regulation of land and property in Lebanon.