Four stories take place in a furnished apartment that we follow through the doorman and his family who live on top of the building in a miserable room. In the first story, a doctor tries to treat a figure with a political position. In the second story, Hassan meets in the 1970s with his old friend Nadim, who comes from Lebanon during its Civil War. The third story takes place at the beginning of the new millennium and the takeover of businessmen. As for the fourth story, it takes place before January 2011 when Sami returns under pressure from his family to sell the apartment and the whole building. 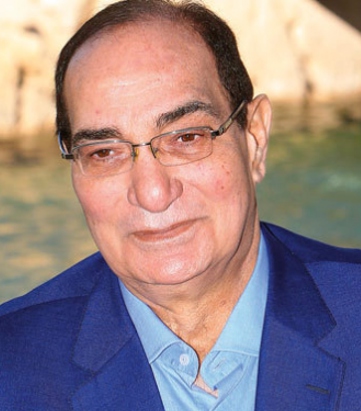 Magdi Ahmed Ali’s creative career began when he worked as an assistant director for several directors who included Mohamed Khan, Khairy Bushara and Youssif Shaheen. Fourteen years later in 1996 Magdi directed his first film title “Ya Donya ya Gharamy” (“Life My Love”).
That work was followed by other titles such as 1998’s “al-Battal” (“The Hero”) which starred Ahmed Zakky, “Assrar al-Bannat” (“Girl’s Secrets”) and “Khaltat Fawziyah” (“Fawziyah’s Recipe”). Moreover, Magdi Ahmed wrote and directed “’Assafeer al-Ganna” (“Birds of Paradise”) which starred Fathy ‘Abd Al Wahab in addition to directing the television series “Frisca” and “Mamlakat al-Gabbal” (“Mountain Kingdom”) which aired in Ramadan, 2010. He studied directing at the Higher Institute for Cinema after completing his education at the Pharmaceutical Faculty.